Fuel cells – a solution for mobility and alternative energy with films from CMC Klebetechnik
7 February, 2020 by

The first hydrogen-powered car, NECAR, was launched in 1994. The launch put Daimler some 25 years ahead of its time, but subsequently research in this area slowed enormously. But with the changes in energy policy and the global CO2 targets, fuel cells are becoming popular once again. CMC Klebetechnik is well-positioned to take advantage of this change.

The central element of a PEM fuel cell is the EMU (electrode membrane unit), also referred to as an MEA (membrane electrode assembly). This is where ions are exchanged between the two reactants, hydrogen and oxygen.

The innovative company CMC Klebetechnik many years ago developed an adhesive film that plays a particularly important role within a fuel cell stack: coated with a heat-activated adhesive, the film is applied to create a seal that frames the main functional element of the fuel cell, the proton exchange membrane (PEM). This thin support film allows the PEM film to be fixed in the stack of bipolar plates, sealing elements and the gas diffusion layer (GDL). The adhered framing film keeps the MEA under tension and creates a seal that keeps the two sides of the MEA separate. This prevents the media H2 and O2 to mix between the two half-cells and maintaines the performance of the fuel cell for a long period. 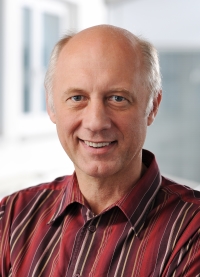 For installing EMUs/MEAs in PEM cells, CMC Klebetechnik offers as standard a Teonex® film with a heat-activated adhesive (CMC 61325).

The film and adhesive are hydrolytically stable and thus durable enough for long-term fuel cell use. Thanks to the adhesive used, the support film can have a very narrow laminating surface. This means that the adhesive surface needed on the expensive functional membrane can be kept very small.

The applied adhesive does not interfere with the subsequent processing steps (e.g. pick and place), as it is non-adhesive at room temperature. No “contamination” of the MEA by the adhesive or the film has yet been observed. The data sheet for the PEM support film CMC 61325 can be accessed here.

Custom developments – in the simplest cases, modifications of the material thicknesses can be provided, as can adhesive systems adjusted to suit specific requirements (e.g. adhesion on repellent surfaces, SPEEK, Nafion®). Other base films such as PPS and THV can be used in addition to the Teonex® film.

Fuel cells for the intermittent operation of emergency backup generators for measuring stations, radio equipment, IT facilities, decentralised power supply for electric consumers and charging for electric batteries using a reformer process benefit from the significantly easier handling of the fuels used in methanol fuel cells (in relation to CO and sulphur poisoning).

For this kind of direct methanol fuel cells (DMFC, HT-PEM) with operating temperatures significantly above 100°C, using  Kapton® FN is an ideal option. This special variant of Kapton® has very good hydrolysis stability and displays almost no shrinkage. Kapton® FN framing films thus remain free from tension even at temperatures that would generally cause Tenoex® films to shrink by roughly 0.2–0.8%. Special permanently elastic adhesive coatings (PSA) from CMC Klebetechnik act as an installation aid and primarily as a sealing element (e.g. in methanol reformers).

A further improved version of Kapton® film is Kapton® 200FWR919. This hydrolysis-resistant Kapton film is coated with a fluoropolymer layer on both sides to produce very good chemical, thermal and electrical resistance.

Another very good choice is DuPont™ Oasis® 200TRT515, an enhanced product used in the aviation industry with outstanding hydrolysis stability along with chemical resistance and neutrality. CMC Klebetechnik can supply these films from DuPont cut, punched, magazined and functionally coated.

A further application for framing films (sub-gasket) from CMC Klebetechnik is use with electrolysers for power-to-gas and power-to-chemicals (e.g. ethanol). Even for these applications, the chemicals and the mechanical structure of the adhesive film for the functional membrane can be adjusted to suit the customer’s requirements.

CMC Klebetechnik sub-gasket adhesive films can be produced with a very thin design, resulting in a fuel cell stack with a compact structure. Even double-sided coating is possible, to make even better use of the available installation space. A further advantage of using CMC Klebetechnik framing films is that they make it possible to automate the production of individual MEA assemblies. In addition to reducing or substituting platinum, simplifying the production process is vital if PEM fuel cells are to be priced competitively.

CMC Klebetechnik sub-gasket films can also be developed for the ion exchanger membranesof redox flow batteries (e.g. vanadium-salt-based batteries). As an independent manufacturer, we can draw on an extensive stock of various films and adhesives. 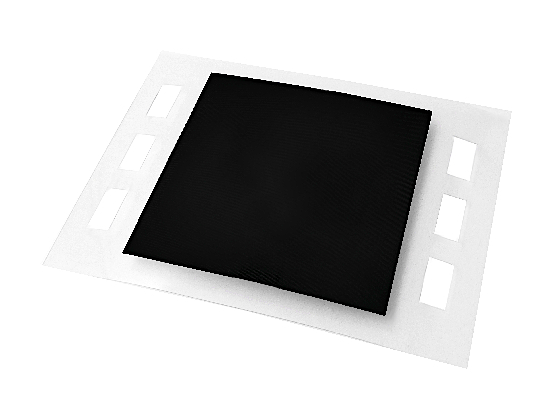