Teonex® - a pen-film between Mylar® and Kapton®

If you are looking for a film with a higher classification than class B (130 °C) thermal resistance, very good dielectric strength and extremely good mechanical properties, you will soon discover that Kapton® is an obvious option. But the high price of Kapton® film reflects its extremely good properties, some of which are often not needed at all.

Teonex® from Toyobo Film Solutions Limited™ (formerly Teijin) meets many of the requirements in the field of insulation with much better cost-effectiveness. The polyethylene naphthalate (PEN) film can be used mechanically up to 160 °C (electrically up to 180 °C) and has greater mechanical stability than “normal” PET film.

With Teonex as the basic insulation, it is easily possible to construct insulation systems of UL class F (155 °C continuous operating temperature). Adhesive tapes such as CMC 61100 and CMC 61200 therefore make it possible to meet higher requirements without having to use Kapton® film, which has significantly more properties than required and is therefore more expensive.

The film is also used in applications in other areas of industry because of its low vapour and gas permeability and chemical resistance.

Advantages at a glance: 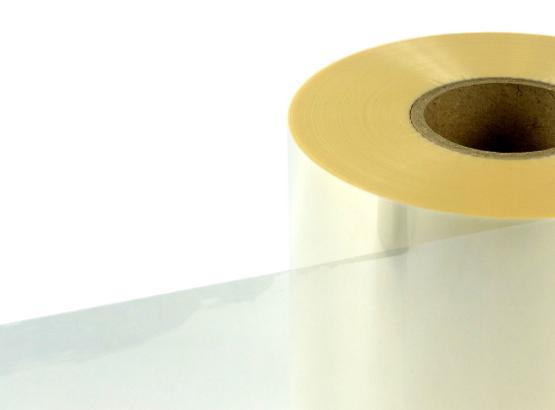 Adhesive tapes based on PEN films

For more than 40 years, polyester film has become an established, high-performance insulating material in electrical engineering. The available material thicknesses range from about 4 μm to areas of almost 1 mm. Excellent chemical, thermal and electrical characteristics are convincing in countless applications. Most of the standard insulation tape of CMC Klebetechnik is based on polyester films with corresponding adhesive coatings.

However, if a film with a higher thermal load is required, the use of high-performance materials, such as polyimide (PI) films, has so far often been possible. Although the performance data of such PI films are impressive, the price for the films is also significantly higher due to the more elaborate manufacturing process. Not every application is able to withstand this increased price - especially if larger quantities of the insulation film are required.

The gap between these two well-known materials includes adhesive tapes based on the PEN film. According to the chemical structure, polyethylene naphthalate is very closely related to the polyethylene terephthalate (PET, polyester). PEN differs from PET mainly by a higher glass transition temperature (Tg), greater mechanical strength and good resistance to hydrolysis. On the other hand, PEN of PET is less dependent on haptics and transparency. There are also hardly any differences in the adhesive materials of the two materials.

However, the higher glass transition temperature permits the use of the PEN film in applications requiring Class F (155 ° C) materials. Together with the improved resistance to hydrolysis, chemicals and UV, the PEN film has retained a material that is appreciated among other things by electric motor manufacturers. Higher efficiency, smaller design and operation at rated load create a thermal load that can resist materials such as Nomex or PEN better than conventional PET films. The service life and reliability in overload are significantly improved.

The real advantage, however, is played by PEN in transformer construction. The known polyester film can be used as the interlayer insulation for Thermal Class B. When constructing a transformer of Thermal Class F , it was necessary to avoid polyimide foils, particularly in the non-impregnated coil structure, a few years ago, which considerably increased the design.

CMC bonding technology used in the case of adhesive tapes based on PEN usually use the adhesive already used on the PET film, as long as the increased continuous use temperature can be tolerated. In this way, well-known components can be used which, for example, do not lead to any unexpected results during the tests in the sealed tube test according to UL 1446. Adoption of PEN-based adhesive tapes into existing electrical insulation systems (EIS) is thus inexpensive and possible with low risk.

At present, PEN films are finding a growing interest among manufacturers of components for the automotive industry, especially within the framework of e-mobility. The higher media resistance plays a particularly important role here - but the significantly higher price compared to the polyester film also dampens the willingness to use by the development engineers.

PEN films Tapes are available from CMC in the following standard versions: